I’ve been reading “Awakening the Buddha Within” as part of an extended attempt to learn more about myself, my world and what’s happening with yoga, emotion and everything in between. Disclaimer, I don’t view Buddhism as religion or doctrine. It’s a philosophy and a way of understanding life and living in a way with which I agree. It’s important to pay attention, to be kind and to respect others; what I’m learning about Buddhism seems to be an extension of this.

The two most significant things I have read lately are, in no order of importance, the concept that everything is cyclical, not linear. Buddhism does not preach a strict progression – honestly, it doesn’t really preach at all, which is awesome to me – rather it posits that life and time are continually moving. In keeping with my Doctor Who/science fiction fascination, this concept is something I support; parallel universes, expansion of space and time, the continual rebirth and death of stars from particles of gas, dust and other stars which fly to pieces and form something new. And this is always happening. Every moment. Everywhere. All the time. 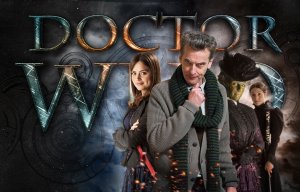 Yeah, I totally just wanted to throw in a Doctor Who image because a) who doesn’t like Doctor Who and b) the new series is starting on Saturday night (viewing options welcome, this gal doesn’t have BBC America.)

But now, distracted by Peter Capaldi, I’m going entirely off topic. I’m not the same person I was when I started writing this post, but yet, there are some constants, at least in the constrains of my current physical form. I will keep breathing in and out. Aaand, that’s about it.

Essentially, this is the “law of cause and effect,” that any incident does not exist independently of any other incident in time and space. All things are happening as a result of one another, from the rain falling from the sky, to you suddenly walking into your future husband or wife and spilling coffee all over them because you ran past a biker who threatened to run you over just as the light was turning red.

See what I mean? Meeting your future spouse didn’t just happen, it was part of a greater patter than happened on that day at that time, and had you decided to wait and check the text in your bag, you could not have possibly nearly scalded your future spouse that afternoon. However, that evening at the bar, where you could have gone after work because you decided to treat yourself after a particularly trying day, your potential future spouse would have also been enjoying a quiet drink alone because that was his/her favorite spot and you happened to take the only remaining seat next to them as a downpour encouraged an older couple to stop into this bar on this afternoon and take the two other seats remaining.

This doesn’t mean “fate” it means that things just happen as a result of one another.

Yes, these are silly examples, but you get the idea. The basic summary of this theory is as follows:

I’m still getting my head around it, mostly, but to me it adds an intense feeling of synchronicity to life, that is occasionally illustrated further by the beauty of seemingly random yet entirely connected events.

For instance, and this does NOT illustrate the Law of Dependent Origination, but I felt the two could stand side-by-side, I met a man on the train Friday morning who read my tattoo and commented on it. He was older – mid sixties, at least – and divulged he also had a tattoo of his family crest; he was of Irish descent. We spoke about that before I went to switch to my second train, and directly opposite me, two young men decided to sit. They looked relatively unassuming, but I was bored and eavesdropping; only then did I note that they were both Irish, working and living in New York. Later at lunch time, I was on my walk in the sunshine, and overheard two young women discussing how they find…Irish accents extremely attractive.

Had one even not happened, I would see all the rest as separate incidents. They are still stand-alone occurrences, but because the first one happened, I noticed how my day curiously synchronized…around all things Irish. They held meaning for me because they all were but independently occurred separate from one another.

I don’t believe in a greater divine meaning, but what I do think is that this further adds to the feeling of unity and interconnectedness in life. Yoga enforces this in a physical way, the Buddhist teachings are a well-explained reminder, and I add my own meaning because I am unique, inquisitive and imaginative. I try to understand also through yoga and movement which, for me, brings everything full circle.

And just because we all know I love Doctor Who, I complete this post and whatever discussion I was having with a another, fabulous Doctor Who image. Because time and space and magic and wonderful and beautiful. 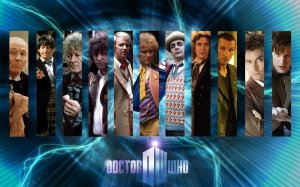 3 thoughts on “Buddhism and Doctor Who (Yes, Really.)”